Nine Apprentices from the UK Atomic Energy Authority (UKAEA) at Culham Science Centre have been named England's Apprentice Team of the Year after winning the 2016 Brathay Apprentice Challenge.

The Challenge requires teams of Apprentices to undertake a series of exciting and interactive work-related activities to develop new skills and showcase their employer by engaging with young people and businesses to promote the benefits of Apprenticeships.

During the 3 month contest, the team from Culham completed a community project that involved volunteering with Helen& Douglas House Hospice, including taking part in a Radiothon. They also conducted twelve visits to schools and young people’s groups to talk about the benefits of Apprenticeships and hosted a business breakfast to speak to potential employers about offering Apprenticeships.

The UKAEA Team were one of eight finalists selected from the 80 teams and 700 Apprentices who entered the Challenge, winning the regional heat for London and the South East. They then journeyed to the Brathay Trust headquarters in Cumbria for a series of challenges with the other finalists. The Apprentices competed in tasks to prove their logistical, team-building and communications skills – including raft-building, sending semaphore signals from hills in the Lake District, high-wire and product assembly contests and rowing races. 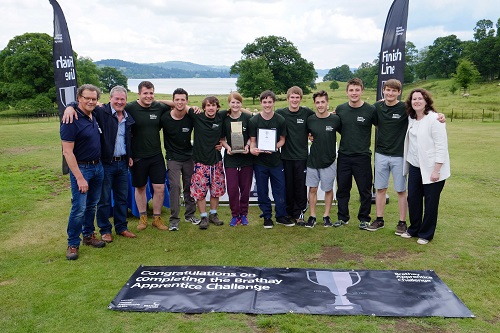 What did the experience mean to the Apprentices?

Emily Swatton, 2nd year Mechanical Engineering Apprentice said: “To me, the Challenge presented a chance for me to develop myself as a team player. During the regional and first three weeks of the final, there were many different sections of the brief for us to complete and by being honest and open about our strengths and weaknesses, we were able to efficiently organise events and communications whilst carrying on with our normal working day. By trusting and relying on the other members of my team, it gave me the opportunity to be a more effective and mature asset during the logistical and teambuilding final. I feel the challenge has really developed me in that it has boosted my confidence and given me the mentality that if I persevere, I can succeed."

Jake Payne, 4th year Electronic Engineering Apprentice said: “It was great to get the opportunity to test ourselves against really strong competition and it pushed us into a closer group as a whole. Coming through this process as winners has been a surreal experience and one that we are all incredibly proud of.”

Joe Woodley, 2nd year Apprentice said: "The Brathay Challenge 2016 has been one of the best experiences of my life. It’s great that all of the hard work has finally paid off and as a team we are all extremely proud of what we have achieved. My favourite part of the Challenge was the Whaling Boat race. I feel like as a team this was the challenge where we really pulled together and dug deep to row that boat around the lake as fast as possible. By the end of the row we were all physically drained and every member of the team had blisters but it was all worth it for that end result!" 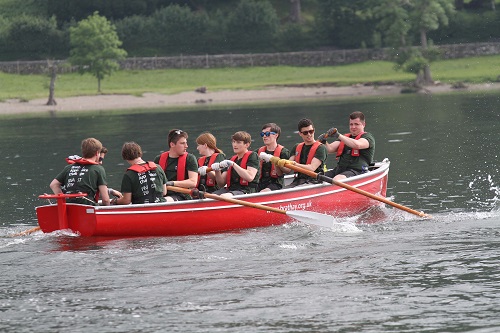 Culham Apprentice training manager Steve Hall said: "To come first out of 80 teams, many from much bigger organisations, is a tremendous achievement. Our Apprentices planned their tasks brilliantly and had the ingenuity to think differently, which gave them the edge; just what we would expect from them. The Brathay Challenge has helped them to grow as individuals, in their confidence, teamwork and leadership."

Skills Minister Nick Boles MP offered his congratulations: "What an achievement to be crowned Apprentice team of the year. The Culham Apprentices have shown how getting stuck in and learning on the job gives you the skills to achieve great things. I hope their hard work in going out into the community and showcasing the opportunities an Apprenticeship offers has inspired more young people to see it as their fast-track to a top career.”