Laura attended an Awards Dinner in London to celebrate her achievements and receive her Award, proudly supported by the Oxfordshire Apprenticeships team. See some photos at: http://ow.ly/o5IT305wTs6.

The Apprenticeship Champion of the Year Award recognises the commitment and dedication of former Apprentices who continue to raise awareness of the benefits of Apprenticeships with local young people and their families as well as employers. Laura is a very worthy winner! She completed her Apprenticeship in 2012 and joined the Oxfordshire Apprenticeships Ambassador scheme when it was launched in March 2015. She has shared her experiences and given advice about Apprenticeships to people ranging from Year 10 students to the Prime Minister!

Laura says: “It was such an honour to win an award in recognition of my achievements over the last few years.  I chose to do an Apprenticeship because I am a “hands on” person and my Apprenticeship enabled me to gain qualifications in a way that suited my style of learning culminating in my NVQ level 3 Diploma. It also gave me the confidence to progress my career to where I am now - working in my dream job within the legal sector at Freeths as a legal secretary.”

This extract from Laura’s application, written by Melanie Ringer of Oxfordshire Apprenticeships, illustrates the valuable contribution Laura has made to Oxfordshire young people and their families: “Laura regularly gives up her own time to attend school and community careers events because she cares so passionately about wanting to get the message across that Apprenticeships are a great career option. Young people and their parents relate brilliantly to her, really valuing the honest advice from both heart and head she shares. Laura brings enthusiasm, passion, fun, knowledge, experience and valued opinions to the Ambassador scheme and has had a huge impact on so many young people and their families in our county.”

Read more about the London and South East winners at: https://www.gov.uk/government/news/london-and-the-south-east-top-apprentices-and-apprentice-employers-announced.

Read more about Laura at: http://www.oxfordshireapprenticeships.co.uk/node/3630, including Laura's story: a year in the life of an Apprenticeship Ambassador. 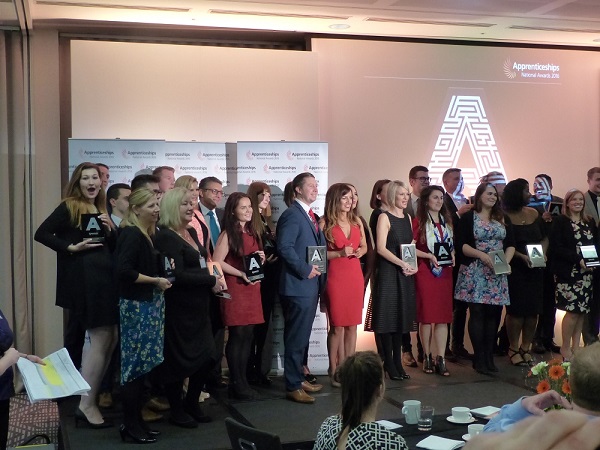