My work experience week at OxLEP by Ed Coles, Year 10 at Cheney School

This week at OxLEP I have been very busy commuting across the county. It was very fun as normally I wouldn’t get a chance to go to these places outside of Oxford City.

I have been involved in activity days and work in the office too. This was to grasp an understanding of what the people here actually do on a daily basis and their role in the Oxfordshire Local Enterprise Partnership.

At the start of the week I began with a quick tour of the office and I got a chance to meet the staff. After a tasking job of getting my computer to work I started to research the companies that I would be visiting throughout the week. My first task of the day was to get the lens cap off of the camera I had been given. After being passed round the office to see who could get it off we finally managed to pull it off. All this effort was only to find that the camera was low on battery and we had no charger. After this palaver I was given some work to do on the computer. This involved reading and editing the personal case studies of the ambassadors of Apprenticeships in Oxfordshire. I also had to look into the social media side of the company. I looked on each platform and saw how they organised their company online. I even got the chance to tweet which was very exciting as I had never tweeted before.

On Tuesday, we were invited to go to Atkins in Eynsham in order to supervise the children that were on Science Experience Week. Atkins is one of the world’s most respected design, engineering and project management consultancies. However, I did get a personal experience out of this day. Not only because I hadn’t done anything like this before but I was genuinely interested in that field of work. It was very educational to learn about how to become an architect or an engineer. Also what they do on a daily basis and their roles in construction. In order to learn about how architects designed a structurally stable building, we had the task to create a tower out of spaghetti and marshmallows. These towers would then be put to the test on all of three things. These were the height of the tower, the sturdiness of the tower and whether it could withstand a model earthquake, and finally if the tower could handle a load without toppling over in order to replicate helicopters landing on the roof of buildings. Our tower won for the sturdiest and could hold a load without breaking. However it was not the tallest.

Next we were sent outside to learn about flood defences. This was all part of engineering ecologically. We were given Lego bricks to try to prevent our Lego tower from getting flooded. This was simulated by artificial rivers created by taps and banks created with the Lego. It was a very exciting activity which got the students to really think strategically about how they could successfully defend their tower. 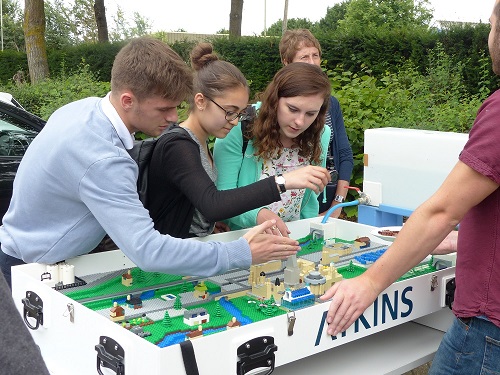 This very fun day out was all thanks to the extremely kind and engaging staff at Atkins global. We are very lucky to say that they day went very smoothly and there were no complications. The students, along with the adults, learnt a lot about what the company does and were a great experience for those interested in becoming an engineer or an architect.

On Wednesday me, Mel and Clare visited Abingdon and Witney College for a meeting about media coverage of the apprenticeship awards that are hosted by OxLEP. This experience was extremely valuable as I learnt how meetings are carried out and also the skill of note taking which is very important when trying to put ideas across and come up with conclusions. Also the skills of communications were taken in from the meeting. I additionally experienced event organisation. 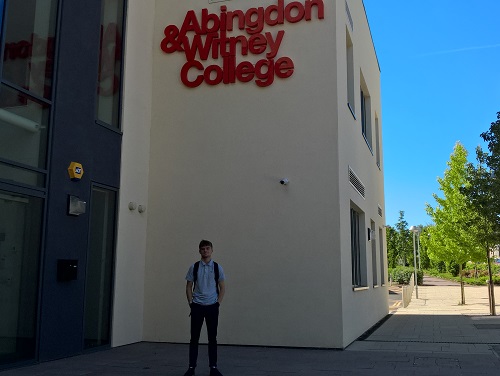 After a return to the office and a lovely lunch by the river whilst enjoying the sun, I met up with Alan for the afternoon. Alan works with OxLEP in the Oxfordshire Work Experience team. What he does is he travels around Oxfordshire to visit work experience placements to run checks to decide whether or not the placements are safe for minors. We had the task of visiting Pets At Home in Cowley to see if the store had insurance for the workers and a correct amount of first aiders and so on. We then went to the Oxford Brookes Wheatley campus. After our usual checks we were given a tour of the workplace. We saw the projects that the university students were working on which was very interesting because both I and Alan were intrigued in the production of racing cars. Amidst the horrible humid weather I was relieved to be given an early lift home. This capped off a day of educational insights into different roles in the OxLEP office.

On my penultimate day of my experience, I was busy the whole day. Firstly, in the morning, I walked to the Saїd Business School to sign in delegates that were attending the European funding workshop. Although it was just something that needed to be done and not too exciting I actually enjoyed it.

The afternoon, I was especially excited for. We travelled to MRC Harwell with the same Science Experience Week students as the ones at Atkins on Tuesday. MRC Harwell is at the international forefront of the use of mouse genetics to study the relationship between genes and disease. The models we create and study are used to understand the disease processes that occur when a gene goes wrong. With the students, we dressed in special uniform in order to not contaminate the labs as they needed perfect conditions to make their tests as controlled as possible. We had to take off our outdoor clothes and out on new t shirts and trousers with new socks. On top of this we wore this white overcoat and I had to wear a beard mask which I thought was very shaming. We got a chance to have a tour of the laboratory and saw the thousands of mice that were getting researched and what exactly the scientists do to test on the mice. After this we got a chance to learn how the doctors there diagnosed Huntington’s disease and we did some experiments to see which of our ‘patients’ had the illness. This day out was very interesting because I was eager to find out the specific research they do at MRC Harwell. 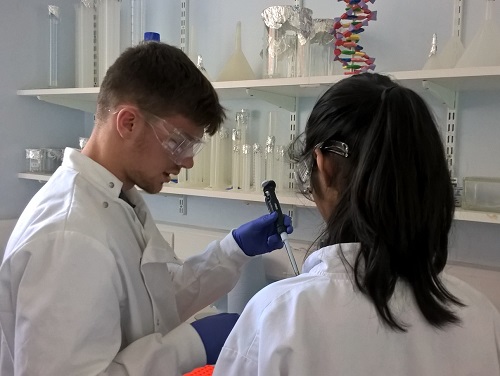 Here I am on Friday at the end the week having gained many skills that are important in the workplace. I feel like I have matured a bit because of the independency that is needed to be successful. I have improved communication skills and confidence that will be important when I look into applying for jobs. Thanks to the kind team at OxLEP, this week has broadened my view about what people do at the Local Enterprise Partnership. Also it has intrigued me into a possible position or involvement in the local authorities in the future.

See some more photos from my week in this Storify summary.