To kick off National Apprenticeship Week 2017 in style and showcase the many talents of our county’s amazing Apprentices, Oxfordshire Apprenticeships held a 5-a-side football tournament in partnership with Ignite Sport and the University of Oxford on Monday 6th March.

Businesses and organisations from across the county stepped up to the challenge, including MINI Plant Oxford, Ignite Sport, Oxfordshire County Council, Clarkson Evans, Rutherford Appleton Laboratories, 3aaa, Activate, Darke & Taylor, SOFEA and the University of Oxford.

Everyone enjoyed taking part in the well played and hard fought tournament, with Oxfordshire County Council emerging victorious after a close final with the University of Oxford Scholars. The team was ably captained by Luis Audibert, 29, a Technical Highway Apprentice, who said: “We enjoyed the tournament a lot, It was a good chance for all of us to have fun, bond as a team and raise awareness of Apprenticeships . We thought it was important to take part to help raise awareness of Apprenticeships throughout Oxfordshire as it is a great scheme to get involved with. It is a great opportunity for people and for the businesses. We are learning new skills everyday whilst also improving our communication and people skills for the future.”

Oxfordshire County Council Workforce Initiatives Manager Rose Rolle-Rowan said: “We are very proud of the fantastic teamwork that our Apprentices displayed and their determination to succeed – well done! For anyone wondering how to find out about becoming an Apprentice at the Council, visit www.oxfordshire.gov.uk/apprenticeships.”

In addition to raising awareness of Apprenticeships, the event also raised over £120 for SeeSaw, an Oxfordshire based charity offering grief support for children and young people.

Fundraiser at SeeSaw Jane Elliott said: “It was wonderful to see so many teams taking part in the 5-a-side football tournament to kick off National Apprenticeship Week. What a great way to have fun and meet other Apprentices, at the same time as raising vital funds for local children’s bereavement charity SeeSaw. Thank you to everyone who took part and to the organisers from Oxfordshire Apprenticeships.”

Jane is pictured below, see our Facebook page and Storify story for more photos. 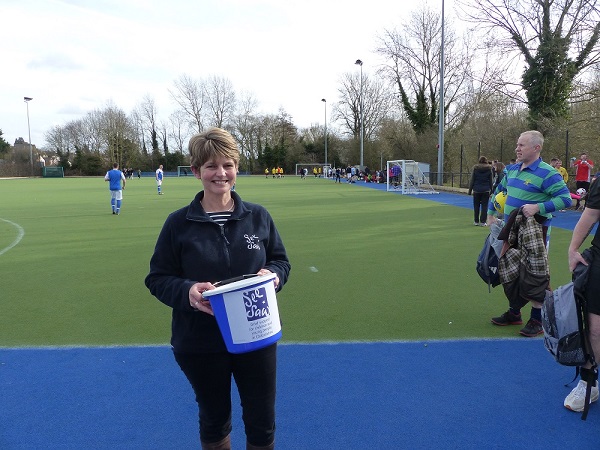