In addition to focusing on Apprentices themselves, the Awards also recognised schools, who play a crucial role in inspiring people to consider and start an Apprenticeship, as well as training providers, who support and guide them through the progamme.

The School Award was won by Faringdon Community College (FCC). The Award was presented by Lindsey Young of sponsor Clarkson Evans, who commended the school for regarding achievement through Apprenticeships as equal to Oxbridge success and the individual support given to each student.

Careers Adviser Tina Belcher, who accepted the award, said: “I would like to say what a privilege it is to work with the students at FCC and to be part of their journey into a fulfilling and worthwhile career. When I looked around the room and saw so many enthusiastic and motivated young people it made all the hard work worthwhile.”

Headteacher Colin Profitt said: “It was great just to be nominated and included in the ‘finalist list’ for the School Award, along with Larkmead School and The Marlborough School. The evening was capped for us when we were announced as the winners of the School Award for Oxfordshire. The judges were impressed with the work Tina does, especially as she supports the students pursuing all career paths, from those who choose the university route to the students who prefer the Apprenticeship route. The school received a trophy, £200 and a visit to the sponsors, Clarkson Evans, with students. This is a great achievement for the school and all credit to Tina Belcher for her hard work and dedication with the students and for establishing strong links with employers and local educational establishments.” 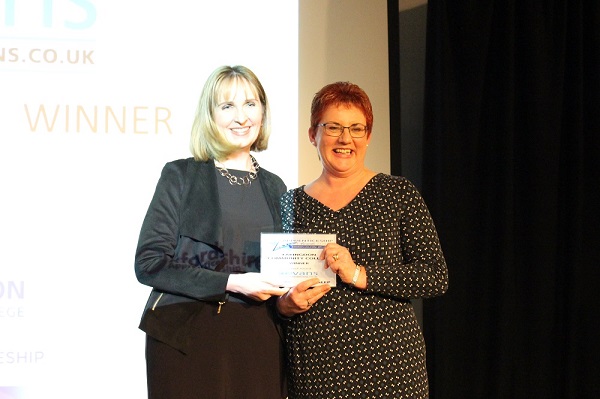 The Apprentice of the Year Award was won by Chloe Penniston, a Legal Services Apprentice at The Burnside Partnership, a boutique private client law firm based in Combe, West Oxfordshire. Chloe was also named Advanced Apprentice of the Year and was chosen as the overall winner by headline sponsors Darke & Taylor because she is an inspirational Apprentice, dedicated to her role and her team, who has quickly become an integral part of the business and a role model both for her colleagues and for businesses considering employing an Apprentice.

Chloe says: “Winning Advanced Apprentice of the Year and Oxfordshire Apprentice of the Year 2017 has been an amazing experience. I would never have thought that I could win two such brilliant awards. The whole evening was such a fantastic experience, which I will never forget! I am so grateful for everyone’s support and would like to say a huge thank you to my wonderful employers for giving me this opportunity. I could not have got this far without them or my family and friends who have been so supportive.”

“The Burnside Partnership have helped me overcome so many fears and have given me so much confidence in my work. I feel as though I have achieved so much over the course of my Apprenticeship and have learnt so many valuable lessons. Winning those awards mean the world to me and I cannot explain how happy and grateful I am. I believe the awards are a true reflection of how great my Apprenticeship has been and I would honestly recommend Apprenticeships to everyone!”

Fiona Wheeler, Partner at The Burnside Partnership, said: “We were absolutely thrilled to have Chloe’s hard work recognised at such an amazing event. Chloe is an outstanding Apprentice and has worked tirelessly to build on her skills and knowledge and to contribute to our team. We are also delighted to have the opportunity to bring awareness legal Apprenticeships to a wider audience. We believe that Apprenticeships are a really important alternative route to a legal career and the more potential Apprentices and employers who know about them, the better. We are very grateful to Oxfordshire Apprenticeships for their help in getting us started as an Apprentice employer and to CILEX Law School for the excellent training they have provided.” 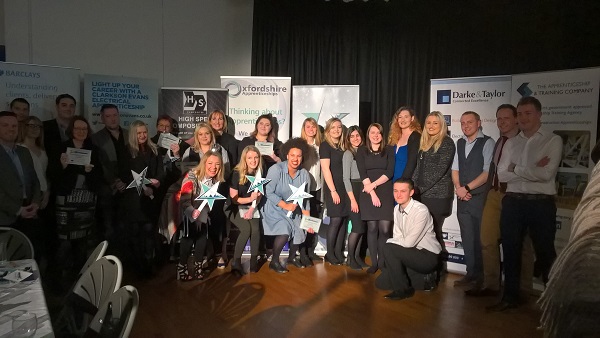 Winning and highly commended Apprentices, schools and training providers are listed below:

Intermediate Apprentice of the Year - sponsored by Barclays

Advanced Apprentice of the Year - sponsored by High Spec Composites

Higher Apprentice of the Year - sponsored by Integration Technology Ltd

Oxfordshire Apprentice of the Year Award - sponsored by Darke & Taylor

More about the Awards...

Businesses and organisations from across the county offered their support, with individual awards being sponsored by Barclays, NatWest, Clarkson Evans, The Apprenticeship & Training Company, High Spec Composites and Integration Technology Ltd. A host of other organisations such as Blenheim Palace, University of Oxford and Arrow Productions sponsoring various aspects of the event and donating services.